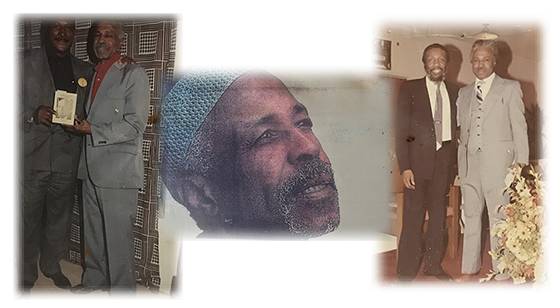 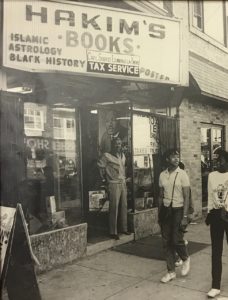 His consuming passion for health and education led him to open his first bookstore in the late 1950’s in West Philadelphia. His thirst for knowledge and information about the history of African Americans increased after reading books by the late J.A. Rogers, including “100 Amazing Facts about the Negro “ and “The Five Negro Presidents” , books still carried in the store today.

At that time it was virtually unheard of to stock books that exclusively addressed the history and culture of African Americans and Mr. Hakim was the first such entrepreneur in Philadelphia and one of only a handful in the country. Known throughout the country for his access to rare books and periodicals many scholars and students of history found that “Hakim’s House of Knowledge Bookstore” was the ground-breaking source of information not available in mainstream libraries and bookstores. Mainstream bookstores eventually began to wholesale from Hakim as he always seemed to carry books that weren’t available anywhere else

Anticipating the explosion of interest in two diverse areas, natural healthcare and Islamic culture, he sought out books on natural nutrition, holistic health, herbology and other health related issues, and authored books on African and Islamic names.

A 1996 Associated Press article on the growing interest in Islam by African Americans featured Mr. Hakim and his bookstore. Because he made the Hajj Pilgrimage he was sought out by many Muslims who have not achieved this status. Mr. Hakim’s kind counsel and the advice he freely offered led many to examine the religion that sustained this gentle man.

Mr. Hakim devoted his life to educating African Americans and others about our rich heritage and culture and our countless contributions to the world. Adult customers will often mention how Hakim sold or in some cases gave them their first book on African American history or helped them in some way when they were young. He comforted and rendered aid to the downtrodden and unfortunate in the community and was a generous donor to community activities and organizations.

Dawud Hakim lost his battle with cancer at the age of 65 on April 27, 1997.  He died too soon and is greatly missed by his family and many friends. His daughters and granddaughter continue the legacy. Stop in and visit Hakim’s, all are welcome and we look forward to seeing you.